How To Build A Performance Management System Employees Will Love

From the military to start-ups, leaders always want to know the secret sauce to help their teams perform better. This has driven the birth and evolution of performance management systems.

But what is a performance management system?

Why is it important?

Why do people seem to hate existing ones?

And, how can we build one that employees will love?

What is a Performance Management System?

Let’s start with what it’s not – it’s not just a performance review.

A performance management system encompasses everything - tools, software, people, and processes – that an organisation uses to evaluate employee performance and improve them.

Ultimately, the modern business uses performance management to make sure that their employees are doing well, contributing to the company’s mission and vision, and continually developing to be even better. Performance management systems provide critical insights that guide the provision of coaching and development support, as well as the recognition, promotion and rewarding of talent.

All these ultimately contribute to keeping employees engaged and motivated. 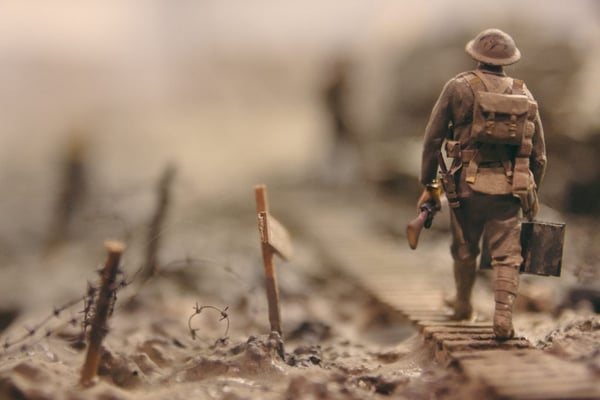 Where Did Performance Management Systems Come From?

In World War I, the U.S. military created a merit-rating system to identify poor performers (who would then be dismissed). In World War II, the army went further and used forced rankings to identify soldiers with the potential to be groomed into officers.

Over time, performance management expanded beyond the military to businesses. In the 1980s, Jack Welch of General Electric famously implemented an annual stacked ranking system where managers ranked and scored their reports based on their subjective assessment (a ‘bell curve’). General Electric used it to reward top performers (similar to the army), and also used it to identify the mid-performers for coaching, and fire the bottom 10%.

Jack Welch and General Electric’s success at that time helped this stacked ranking system become the de rigueur for companies across the globe. Welch’s approach to management even helped earn him Fortune Magazine’s “Manager of the century” title in 1999.

This is probably driven by the fact that 58% of executives also thought that their current performance management system was poor. They felt that the existing processes did not drive employee engagement, did not help employee performance and was not an effective use of anyone’s time.

In fact, General Electric themselves, the pioneer of the old stacked system, bid farewell to it over 10 years ago. Going one step further, the company has also recently joined other large conglomerates like Microsoft, Accenture, Adobe and Netflix in dumping the practice of formal annual reviews completely.

But Why Are Performance Management Systems Changing?

The simple truth – they can’t afford not to. Companies that once practised the stacked ranking system have suffered damages to culture, employee retention and overall business performance.

The most damning of effects is the negative work culture this approach tends to create.

The bottom 10% of the bell curve (no matter how well they perform objectively) tend to be labelled ‘losers’ and sometimes, fired. The fear and shame of being dumped into this category is a powerful force, and Microsoft is a posterchild for how things can go very wrong.

Its performance management system created anxiety and incentivised people to fight for themselves to stay in a job. Innovation and growth took a backseat to self-preservation (often attained through playing politics, finger-pointing, and backstabbing). Ideas were treasures to be kept to oneself, rather than shared with others. Top performers started avoiding working with other great talents, because they feared an unfavourable comparison would hurt their rankings.

The business impact was massive. Microsoft developed a culture that their own employee called ‘toxic’ and over the course of a decade, the company lost its lead to more innovative competitors – Apple, Google and Facebook – and over multiple missed opportunities, from search to mobile.

But that’s not the only reason why. The business world has changed and performance management systems are likewise changing to keep up. In today’s fast-paced business landscape, a once-a-year evaluation of employee performance just isn’t timely enough.

In addition, the users of performance management systems have also changed; Millennials now make up 22% of Singapore’s working population and 35% of the U.S. workforce. The old ways no longer work with this new profile, something that Susan Peters, General Electric’s head of human resource admits to be a key driver in why General Electric changed the way they approach performance management.

How Can We Design Performance Management Systems For Today?

There’s more than one way to design an effective performance management system.

It all starts with the user and the primary objective of a performance management system – to coax the best performance possible from each employee by providing a timely, fair, and (as much as possible) accurate view of their performance.

This means starting your design with this question – how do your employees best learn and improve?

For example, Millennials look for frequent communication so it is little wonder that a recent survey found Millennials unhappy with traditional employee performance evaluations. In fact, 85% said that they would feel more confident if they could have more frequent performance discussions with their manager, covering more specific feedback.

A solution to this is adopting a continuous feedback cycle. Start by making frequent feedback a part of your team’s natural workflow online and offline, through Slack and weekly one-to-one sessions.

In addition, setting goals for a shorter timeframe and regularly revisiting them is good for employee engagement and retention. According to a study by Deloitte, companies that track goals on a quarterly basis experience a 300% improvement on employee performance and retention, compared to companies that do so on a yearly basis.

But that’s not the only things you can do.

A 2015 study found that 74% of Millennial employees felt “in the dark” about how their managers and peers think they’re performing at work and 62% have felt blindsided by a performance review. Clearly, that shouldn’t be the case. 360 feedback is a great solution to this as it helps remove subjectivity and bias from performance management by considering multiple sources. In fact, Adobe has adopted 360 feedback in combination with a continuous feedback cycle:

Adobe, is one of the companies who has reformed its performance management system recently with the help of 360 feedback. An employee or manager can request for a check-in every quarter and before the meeting happens, a group of employees provides feedback on the employee’s performance. This collective 360 feedback provides the basis for a discussion on performance improvement and coaching (not on ranking or bonuses). The result? A huge amount of time savings (managers used to spend over 80,000 hours per year on traditional performance evaluations) and a 30% fall in voluntary employee turnover.

Netflix is also another company that has eschewed the formal performance review completely in favour of informal 360 feedback reviews. In fact, they go one step further with their approach – their 360 feedback is not anonymous so everyone knows exactly who said what, and there’s maximum transparency.

That said, collecting 360 feedback for employees can be an administrative nightmare. Thankfully, technology is more than able to help. EngageRocket offers an intelligent 360 feedback solution that allows managers to automate the collection, collation and analysis of feedback from multiple contributors. It also provides tailored personal development insights for each team member, accessible through EngageRocket’s 360 feedback dashboard from their desktop or mobile.

Don’t Forget About Who Is Providing The Feedback and Coaching

Managers get a lot of flak for handling performance reviews and feedback poorly. The same 2015 study reported that 59% of respondents felt that their managers were unprepared to give feedback. Yet, managers are the keystone of the entire performance management system.

For any hope of success, managers too need to be supported with learning programmes that will help them to acquire and improve on key soft skills such as giving and receiving specific and actionable feedback, and coaching, to start. 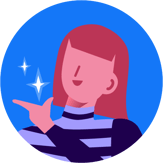 1 out of every 4 new hires, quit within 6 months - Read more about our program and download your free checklist (with survey template).